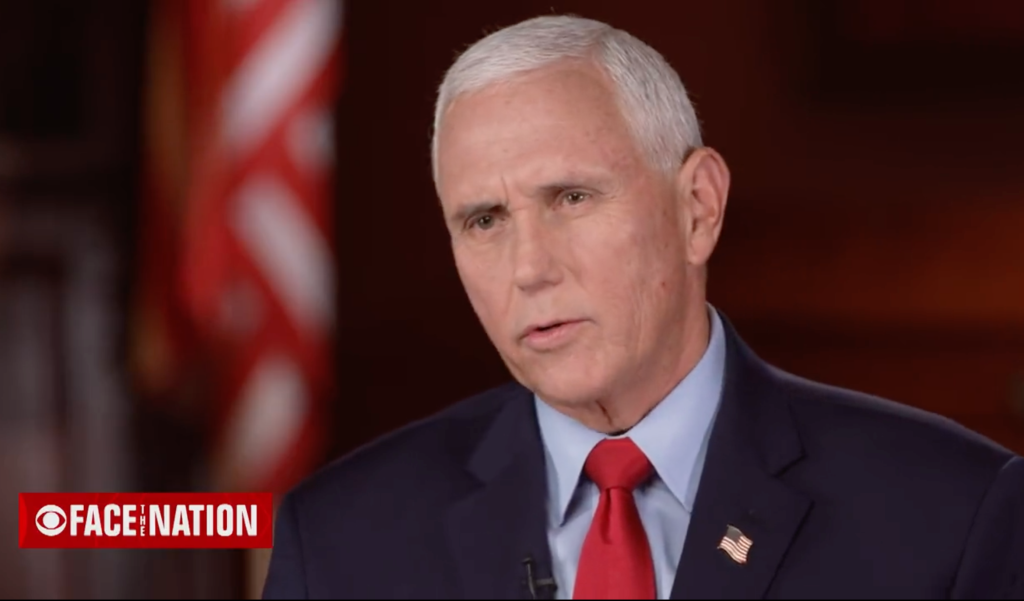 “From the time that January 6th was formed,” he told CBS News’ Margaret Brennan in an interview, “and every member was appointed by the Democrat Speaker of the House, I was concerned.”

A statement tweeted by the committee tonight reads in part, “Every member of the Select Committee supported the creation of an independent bipartisan commission. After initially supporting such a commission, Leader McCarthy withdrew his support and the bipartisan plan to create the commission was defeated by Republicans in the Senate.”

Also, according to the statement, “Our investigation has presented the testimony of more than 50 Republican witnesses, including senior members of the Trump White House, the Campaign, & Justice Department. This testimony, subject to criminal penalties for lying to Congress, was not ‘partisan.’ It was truthful.”

PREVIOUSLY at 3:26 p.m.: As the January 6 Committee continues to interview people before it wraps its investigation at the end of the year, one person whose testimony it has long sought says he will not cooperate.

“Do you intend to ever sit and answer questions – written, in person – for the January 6th Committee?” CBS News’ Margaret Brennan asked Mike Pence in a new interview as the former Vice President makes the rounds promoting a new book.

Pence was, at first, evasive.

“I shared my heart and I shared my story in this book,” Pence told Brennan. “We’ll continue to speak openly about it, I expect to some degree for the rest of my life. But from the time that January 6th was formed, and every member was appointed by the Democrat Speaker of the House, I was concerned.”

In fact, Democrats rejected two of the five lawmakers offered by Republican leadership. That created a standoff as GOP leadership then refused to participate. There are, of course, two Republicans on the panel: Liz Cheney and Adam Kinzinger.

“I served for 12 years in the Congress,” Pence continued. “It’s inconceivable to me that one party would appoint every member of a committee in Congress. That’s antithetical to the whole idea of the committee system. That being said, I never stood in the way of senior members of my team cooperating with the committee and testifying.”

“Congress has no right to my testimony. We have a separation of powers under the Constitution of the United States and I believe it would establish a terrible precedent for the Congress to summon a vice president of the United States to speak about deliberations that took place at the White House.”

Brennan pressed for a definitive answer. “So you’re closing the door on that entirely?”

Pence responded, “I’m closing the door on that, but I must say again the partisan nature of the January 6th committee has been a disappointment to me.”

On thing that did not disappoint him was the Trump Administration’s record. Asked if he thinks there is danger in another Trump presidency Pence replied, “I’ll always be proud of the record of the administration.”