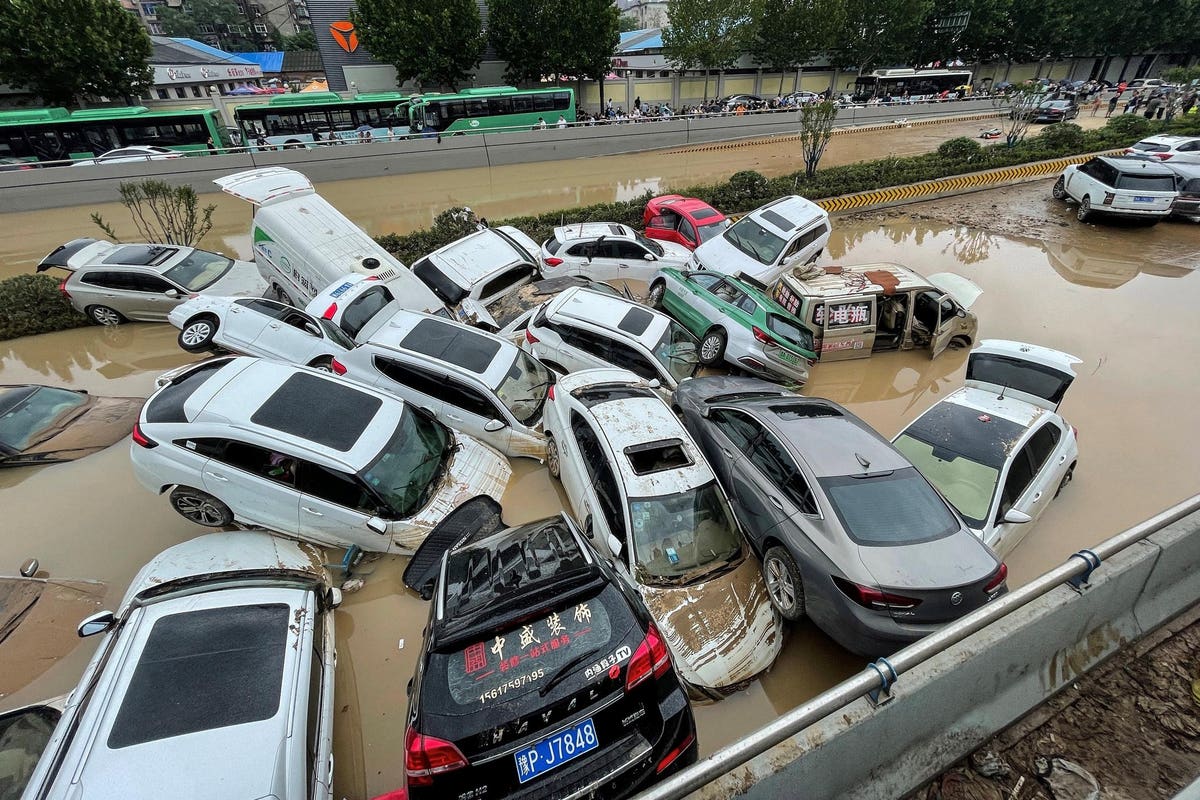 The Chinese city of Zhengzhou, home to Foxconn facilities that produce more than half the world’s iPhones, has seen over two feet (617 millimeters) of rain since Saturday, which forecasters say will continue throughout the week.

The result has been deadly and devastating floods in Henan province, with at least 25 people killed as of Wednesday.

“What has not been widely reported is the extraordinary nature of this rainfall event,” writes earth scientist Dave Petley for the American Geophysical Union.

Petley goes on to call out one hour on Tuesday in which nearly eight inches (202 mm) fell in a single hour as “almost unbelievable.”

He notes that this hourly amount easily eclipses the previous record for rainfall during a 24-hour period anywhere in China, which had been 168 mm.

“The highest one-hour rainfall ever recorded is, I believe, 214.8mm in Penghu, Taiwan, but this was associated with a typhoon. To have (over) 200 mm without the local presence of a tropical cyclone is very surprising.”

Tens of thousands of the more than a quarter million workers at the area’s Foxconn plants were told to stay home, although the third and largest factory in the city remained open and unaffected by the nascent catastrophe, according to the South China Morning Post.

The historic floods, which a number of meteorologists and scientists have described as a once in a thousand years event, come on the heels of deadly flooding in Europe. The northern hemisphere as a whole has also been experiencing a number of extreme weather events that are exacerbated by climate change.

In June, a record heat wave shattered previous high temperature marks in Canada. One study would later declare the hot spell, which saw one British Columbia town hit 121 degrees before being almost entirely destroyed by a wildfire a few days later, as “virtually impossible” without climate change.

It is too soon to say what contribution climate change may have played in the events currently unfolding in China.

Petley notes that this week’s rains have adversely affected an unusually broad area, further complicating the situation. Reports and video footage show an aluminum alloy factory in outlying Dengfeng spontaneously exploded as a result of the deluge.

Meanwhile, the scene in central Zhengzhou is one of harrowing scenes with cars being swept away and people stranded in flooded subway cars.

“This may well also be the highest rainfall intensity ever recorded within a major city,” Petley says.