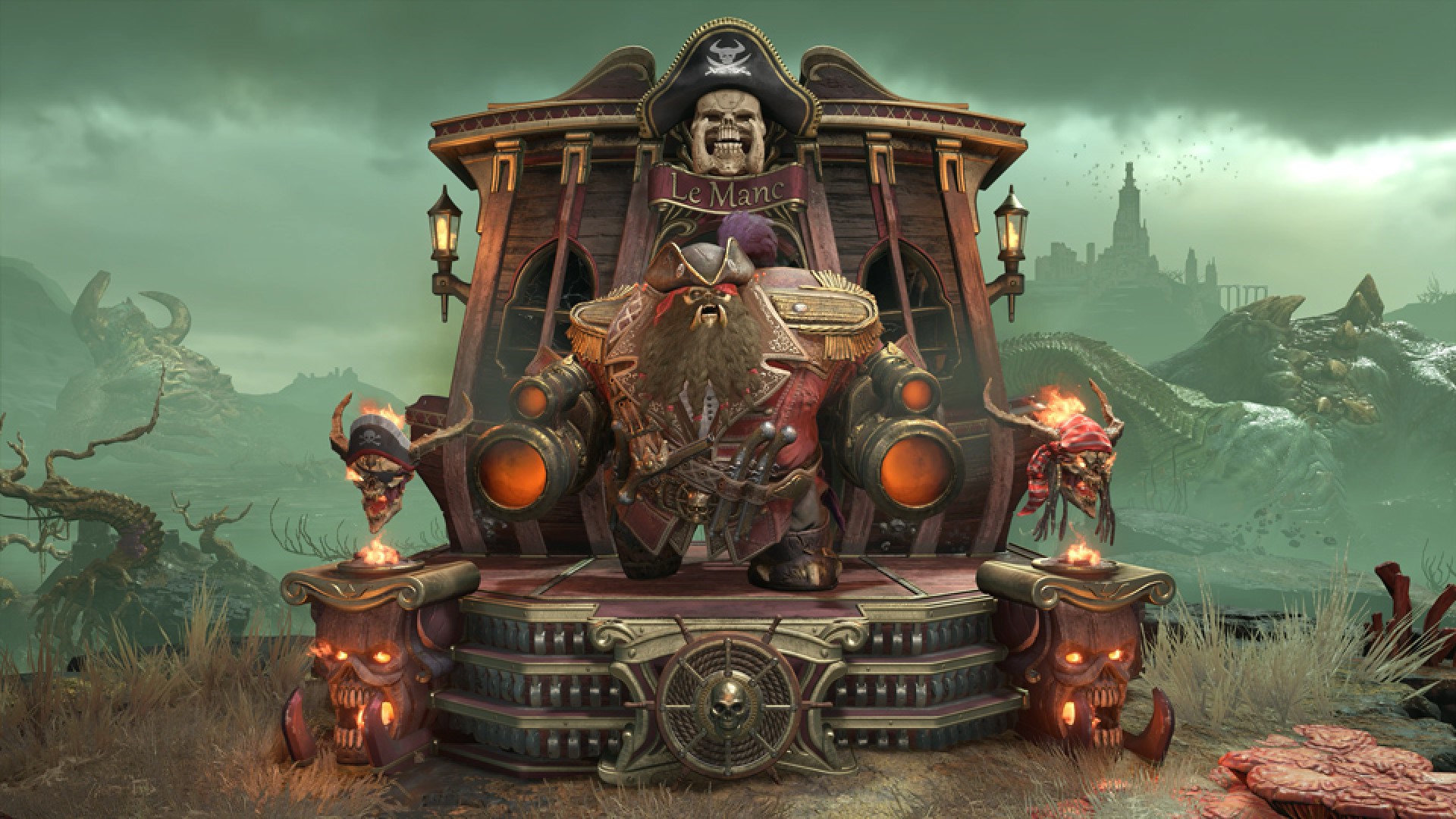 There’s a new update out today for Doom Eternal, which makes a couple nice fixes to a couple minor issues across the gory FPS game. More importantly, however, it introduces Le Manc: a ridiculously over-designed pirate skin for the Mancubus. We love it, and we need it in our lives.

Le Manc is resplendent in a red pirate captain’s frock coat, complete with gold stitching in the wide lapels and huge brocaded epaulettes. Around his head is a red brigand’s bandanna and it’s all topped off with a gold-edged tricorn hat featuring a purple tail feather probably plucked from some kind of maniac cassowary that’s made its home in the hell dimension.

The best part, though, is his glorious beard. It’s enormous, cascading like a lava flow of hair pouring out of a fleshy volcanic caldera, and ending in about a dozen or so braided tips. He carries a brace of pistols tucked into his gilded leather belt, and looks ready to say something like, “Ye best start believin’ in ghost stories, Doom Slayer – you’re in one!”

As usual with these Master Collection skins, the set is rounded out with a custom podium, this one featuring a Mancubus skull and pirate hat and a demon head galleon theme. It’s part of Doom Eternal’s upcoming Halloween cosmetic event, called Ghouls, Gourds, & Galleons, which id Software says it’ll have more information about soon.

The patch also adjusts the main menu music volume back to where it was when Doom Eternal Launched, and fixes an issue that cropped up in Update 6.2 that changed the playable Doom Marauder’s axe effect to white instead of fiery orange in Battlemode.

Later this week, on September 16, you can expect the Arc Complex Master level to arrive in Doom Eternal. Ahoy there.