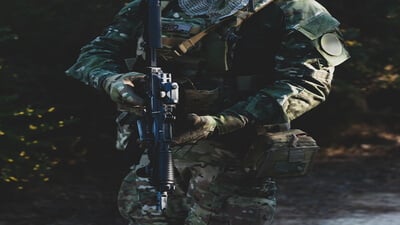 Escape From Tarkov is often classified as one of those hardcore shooters that’s only meant for gamers who are really into the FPS genre, but then again, who are we to gatekeep what games people should only play? While it’s true that EFT’s hyper-realistic gunplay can take a while to get used to, Escape From Tarkov is one of the most rewarding games out there when players finally get to grips as to how everything works. It’s not necessarily a game that’s friendly to newcomers and the lack of any tutorial certainly makes it feel almost like a closed beta game. At the very least, when players run their first raid, everything feels like a baptism of fire since they’re only equipped with low-tier gear. Luckily, one of the ways of easing up that difficult curve is by getting to know what the dos and don’ts are that every starting EFT player should know. So without further ado, here’s our beginner’s guide to Escape From Tarkov.

Sticking to One Map For Now

Map knowledge is one of the most underrated preparations in Escape From Tarkov. It’s surprising how much people don’t think of it as an asset that can be utilized in the game given how sprawled out the maps are. A common mistake that beginners make is when they play Escape From Tarkov for the first time and they tend to bounce around different maps with every run. That’s a big no-no. Not taking the time to fully know the ins and outs of each map can be a detriment to one’s experience in EFT.

By learning a map’s Scav spawns, PMC spawns, stashes, loot locations, and more, it’ll improve one’s chances of survival. What’s more, learning the basics of the map is relatively easy—players can just go for a couple of runs or so until they get the hang of it. Once they’ve finally mastered the ins and outs of that specific map, then that’s the time where they can focus on other things such as improving their looting efficiency and gunfighting.

After scrutinizing and having an accurate depiction of the map from top to bottom whenever they go for a raid there, then that’s the time where a player should move to another map and simply rinse and repeat the process. It’s time-consuming for sure, but it’ll ultimately be worth it as no doubt it will improve a player’s in-game knowledge.

Before even thinking of jumping into a raid head first, did you know that you can try out all kinds of weapons and practice your aim on Scavs in the game’s offline mode? The offline mode in Escape From Tarkov is a great tool for practicing each weapon. The fact that the offline mode doesn’t record anything that happens and everything goes back to as it were previously when returning to the main menu is a godsend for newbies. Heck, players can even disconnect or die while in offline mode and it’ll still be just like it was before they went in.

Oh, and did we mention that it’s possible to learn maps in the offline mode too? This is a highly recommended move before one goes into a map for the first time. Since players can go at their own pace and not worry about other players possibly teabagging them, it’s, hands-down, the fastest and best way to learn about the different maps in EFT.

It’s often assumed that only rich players use insurance, but that’s not true at all. In reality, insurance is best utilized by newer players and we’ll get to the reasons why. For starters, using insurance when a player’s gear isn’t exactly what one would call top dollar is much more effective. When a player dies in Escape From Tarkov, other players in the game have the chance to loot the weapons from their corpses. But if their gear isn’t as valuable, then they’ll less likely take them due to having something better already. Whether it’s the Scavs, Raiders, or other enemy players, gamers are guaranteed to get something back in insurance returns.

Another point we’d like to make is that insurance is, in actuality, pretty cheap. Purchasing insurance for all of one’s gear usually costs around 10k Rubles which is a much better price than having to purchase weapons again after losing them. Which pieces of gears to have insurance on will entirely be up to the player, though. Prapor offers the cheapest rates out of the other vendors, but his returns are on the slow side. If players are willing to spend a bit more Rubles to get their gear back as fast as possible, then it’s advised that they have the Therapist assist them since they’ll get a player’s gear back within 24 hours guaranteed.

That’s all for our beginner’s guide in Escape From Tarkov! By no means is the game effortless to learn, but so long as a player learns while they’re playing, then EFT is guaranteed to be a great time. Perhaps the biggest advice that we could offer is to enjoy the game while learning. After all, it’s no use trying to master the ins and outs of such a complicated FPS if a person isn’t having a good time with it. Escape From Tarkov is incredibly complex and there are a lot of things that players will need to drill into their minds to get better, but when they do, it can be the most rewarding title.